What Is the Purpose of a UAW Retiree Settlement Agreement?

A Retiree Settlement agreement prevents the employees from raising potential claims against the employers in return for a settlement amount. This amount is typically more than the severance they are owed. Typically, bankrupt companies enter into such settlement agreements to prevent exposure to further risk on account of litigation claims. Such contracts address pension claims as well. This helps the retirees to get a lump sum as their pension without going into litigation. However, for this agreement to serve its purpose, it needs to be just and fair.

A retiree settlement agreement should apart from the references to the company’s pension plan, and other operational and commercial terms include standard boilerplate clauses such as effective date, termination, dispute resolution, waiver, notices, remedies, and severability.

under the same may be done.

Following are the guidelines for drafting an effective retiree settlement agreement:

The following are the benefits of a retiree settlement agreement:

A Retiree settlement agreement has the following cons:

A retiree settlement agreement is a contract that enables pensioners to settle their pension claims directly with the employers on the basis of negotiations. Such contracts owing to the unequal status of parties may be subject to a number of disputes. It is important that their justness and fairness are maintained. Proper remedies and dispute resolution methods should be outlined. Such settlements if unfair can be challenged in a court of law. 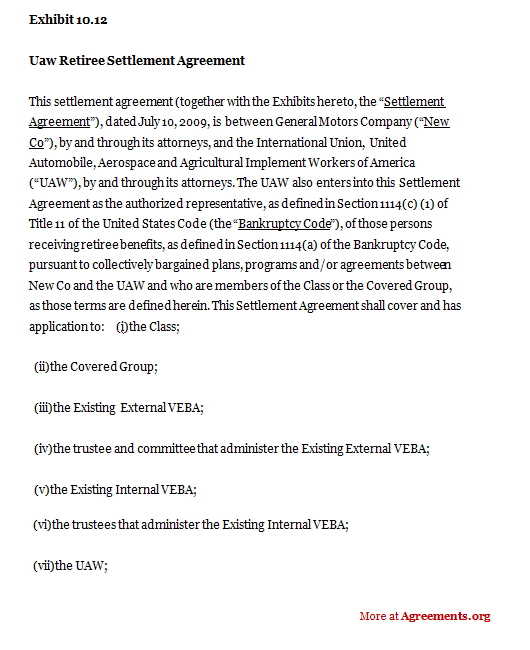