A Support Agreement is a legal contract between a husband and wife when they are divorced or separated. This agreement provides all the information regarding the benefits which the spouse, normally the wife, is entitled to post the divorce. The nature and the number of benefits is mutually agreed by both husband and wife. The financial support provided by the husband has to cover the spouse and expenses to be incurred to raise their child or children. The income of the spouse paying the support as well as all assets owned by him have to be declared at the time of divorce.

Depending on the law of the state where the couple resides, there will be distribution of assets and future income of the spouse. The details of income and assets of the spouse responsible for providing the support is verified before the terms of distribution are laid down.

When Do You Need a Support Agreement

Inclusions in a Support Agreement

The agreement should also include the effective date, the details of the assets and income of the spouse, the distribution percentage of the assets and income including retirement as well as pension plans, ensuring payment directly made to the other party without going through a central depository, the responsibility of paying individual income tax, bankruptcy provisions, legal representations of both parties, the responsibility of payment of fees and costs.

How to Draft a Support Agreement

While drafting a support agreement, the following points should be kept in mind:

Benefits of a Support Agreement

The benefits of having a support agreement are as under:

The types of support agreement are mentioned below:

The key terms of a support agreement are given here:

When a husband and wife decide to either separate or get divorced, a support agreement is mandatory. 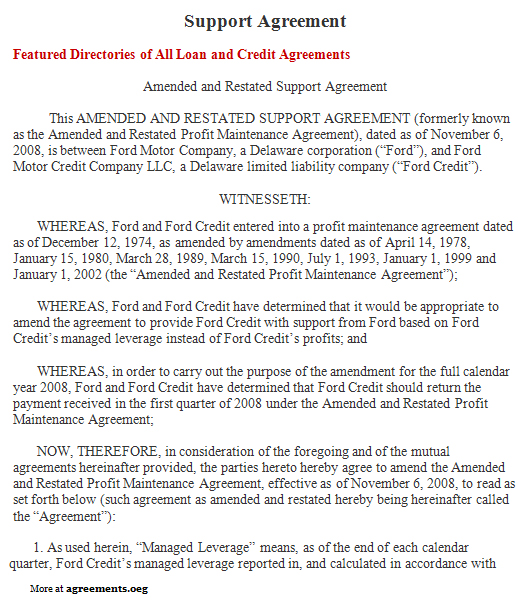