Sample for supplement to collateral agreement 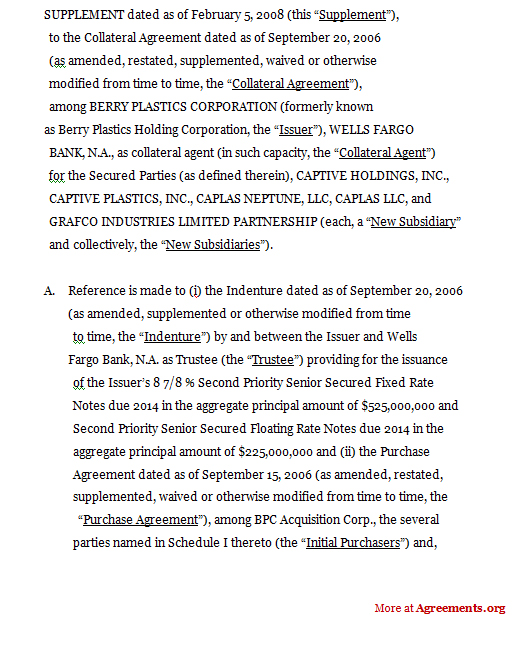