When Do You Need a Stockholders Agreement?

Privately held companies require stockholders’ or shareholders’ agreement to outline the company’s functioning. An ironclad agreement between the stockholders helps in getting a lot of clarity in terms of the invested amount, asset division, and profit-sharing. At the same time, it helps in identifying the major and minor shareholders that offer value to the company. Such agreements are often viewed as a means to minimize inequality of positions and protect the rights of minority shareholders. The agreement can also lay down a set of rules that helps in governing the company and how future matters might go a particular route for resolution.

Additionally, it also provides information on  how the company will function and how the board of directors will be appointed. In case a company eyes for a merger or a buy-out, the agreement helps in clearing the process and ensures the shareholder’s rights are intact.

Contents of the Stockholders Agreement – Inclusions

How to Draft the Stockholders Agreement?

While drafting a stockholder’s agreement, the following points should be considered:

Benefits & Drawbacks of the Stockholders Agreement

The types of Stockholders Agreement include

Depending on the creation of the stockholders agreement, the terms for violation or breach of contract differ. In most cases, if a stockholder breaches the contract, the other stockholders can argue regarding the issue and can suspend the stockholders’ voting rights or recover the damage incurred to the company. In a few cases, the stockholders can either force the violating member to sell their shares or even file an injunction in the court of law to receive additional compensation for the damage.

A stockholders agreement can be beneficial for companies that have a mix of majority and minority shareholders. It can be used as a safeguard as a means of additional protection for the shareholders. Such an agreement can also boost the confidence of your investors and ensure that the company has a sound plan to execute. 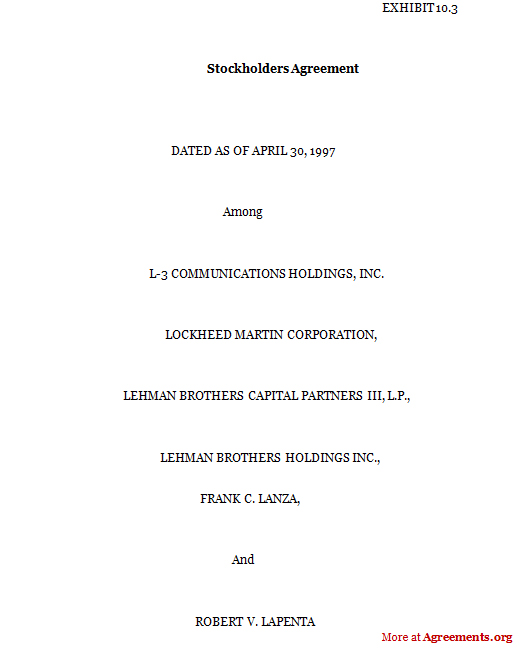