When Do You Need a Stock Pledge Agreement?

The most common application of a Stock Pledge Agreement can be found when a company or organization is organizing for a financial restructuring wherein, they need a certain amount of loan to carry out the procedure. In exchange for the loan to be issued, the borrower gives away shares or stocks to act as collateral.

The unique part of this agreement is the fact that this legal document majorly acts as a funding instrument which can be issued between two organizations, when either of them is in need of a financial restructuring.

How to Draft a Stock Pledge Agreement?

Follow the below-mentioned steps in order to draw this agreement.

Benefits of a Stock Pledge Agreement

The major benefits of this agreement are as follows. 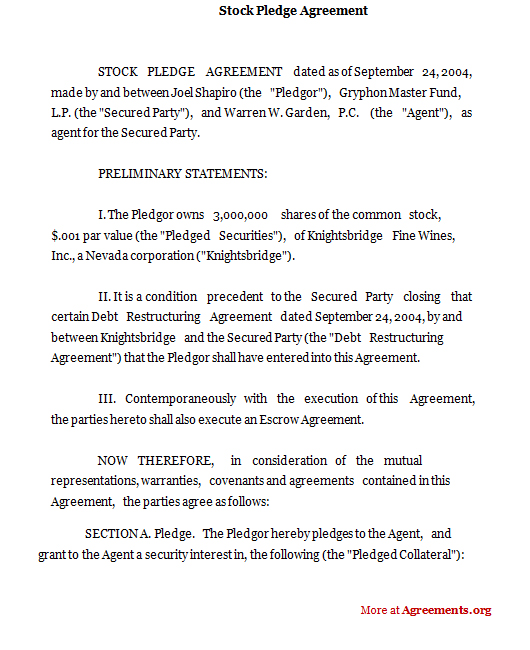