A Share Purchase Agreement is a legal contract that is created between two organizations when the former is selling a part or whole of its shares to another organization in exchange for raising certain amount of funds or to organize a financial restructuring. The purpose of this agreement is to act as a legal proof of a transaction taking place between both organizations. The contract outlines that the Purchaser has bought a part of the business from The Company who is selling the shares.

The most common use of a Share Purchase Agreement can be found in situations such as when the Company wants to organize a financial restructuring, is shutting down business, is being merged with another organization or when it is being acquired by a new entity.

The important thing to note here is that all the existing contracts which lies inside the seller organization remains the same and nothing changes because of the implementation of the new one.

The benefits of having a Share Purchase Agreement are many. Mentioned below are the most significant ones.

Pros of having a Share Purchase Agreement
This document acts as a legal proof of a transaction taking place between both the organizations and if there is a need the same can be produced in a court of Justice.
The contract clearly outlines the terms and conditions of the sale along with important details like when the sale will begin and end, how much business will be transferred and how much funds will be issued, so that both the stakeholders are well aware of all the details.

In the absence of this legal agreement, both parties stand to lose if the matter is ever taken in court due to lapse in terms or in specifications mentioned. 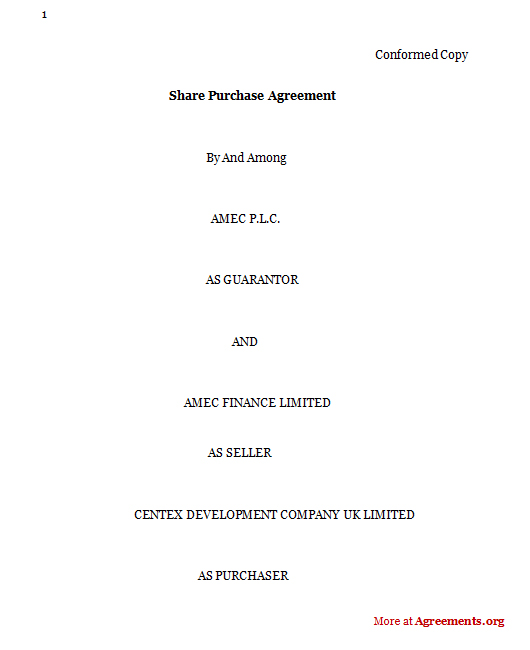