A settlement agreement and mutual general release is a legal contract between two parties who mutually decide to arrive upon a settlement to avoid pursuing lengthy court room battles and in turn withdraw all claims against each other. In present all court battles are characterized by lengthy and expensive procedures and hearings which in turn lead to a lot of wastage of resources, so the disputing parties in order to avoid this agree to enter into an out of court compromise agreement wherein on basis of certain negotiated terms and conditions they undertake to release each other from all claims and indemnify each other of any consequences arising out of their respective actions.

A settlement agreement and mutual general release should be followed in letter and in spirit and should essentially detail the settlement terms and conditions, the time duration in which all these condition have to be fulfilled, the penalties in case of failure, clause for general release and an indemnity clause. 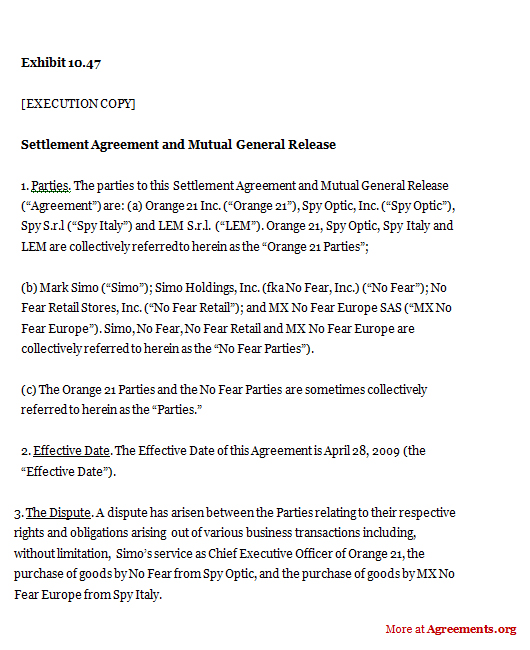