A Collateral Agent is a financial institution that accepts and holds the security or collateral under a syndicated loan agreement. Its role is to carry out all the necessary procedures with respect to the collateral. The agencies are the middleman that oversees the transaction through Collateral agent agreement and provides security to both parties that their respective interests will be enforced in the case of default.

When Do You Need a Collateral Agent?

The purpose of a collateral or security agent is to accept the security documents and enforcing them in the event of a default. It may hold certain types of collateral where the physical possession of the security is required and take all necessary actions in order to keep the said collateral safe such as keeping documents in a fire-proof safe or vault. In some jurisdictions, it is mandatory for a deed that recognizes the security agent as the secured agent to be executed in order for it to be able to take any actions with regard to the collateral.

How to Draft Collateral Agent Agreement

As with any legal agreement, caution must be exercised when framing the terms and conditions in order to avoid unexpected liabilities.

The following key terms must be included in a security agent agreement: 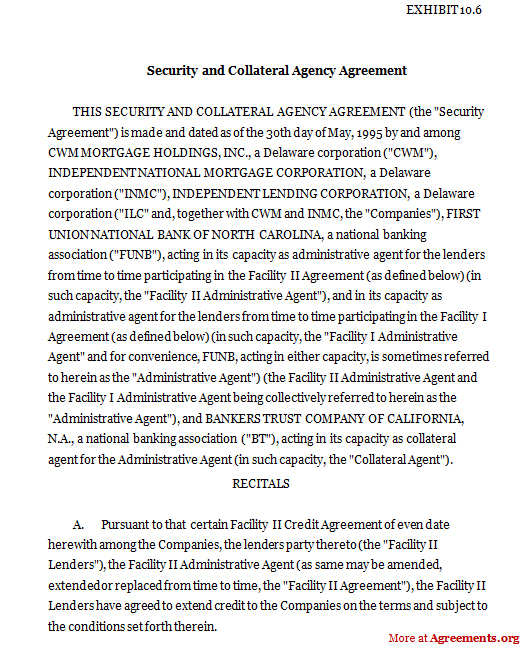