A Remediation Agreement is a legal document that is signed between an organization that is accused of committing an offense and a Prosecutor. The terms of the aforesaid agreement are generally reasonable, fair, and proportionate. The main objective of this agreement is to provide an analysis of its purpose, meaning, parties involved, contents of the agreement, what happens in case of violation, how it can be used, etc.

This is a voluntary agreement signed between an accused organization with regards to an offense committed and a prosecutor. Generally, the aforesaid agreement is meant for the public interest.

Who Takes a Remediation Agreement?

As discussed above, this agreement is taken by an accused organization and a prosecutor.

What Is the Purpose of a Remediation Agreement?

The basic aim of this agreement is to make denouncement of the wrongdoing of the company and make it accountable for the penalties as imposed as per law with necessary measures.

Contents of a Remediation Agreement

The following are the contents of this agreement

How to Draft a Remediation Agreement?

Drafting this agreement would require you to

As in most cases, the negotiation strategy in this agreement basically depends on the parties involved and how they mutually determine the terms and conditions of the agreement. Nevertheless, the Prosecutor holds a strong base in deciding the negotiation preferences as the organization is already accused of committing an offense.

Benefits and Drawbacks of a Remediation Agreement

Benefits: This agreement helps the companies to avoid any sort of criminal conviction on them, which can lead to a ban on the company from any bidding or entering into any public contract, for more than a decade. In other words, this could mean losing on to important projects related to lucrative infrastructure.

Drawbacks: The agreement cannot be used when it concerns a criminal offense or if the offense ruptures the national interest.

As explained above, generally, the aforesaid agreement is meant for public interest with an intention to protect the organization from any sort of criminal conviction in the future. This agreement may seem like a relatively new concept, although it is widely used for the protection of the legal rights of the accused organization as well as for protecting the public interests. 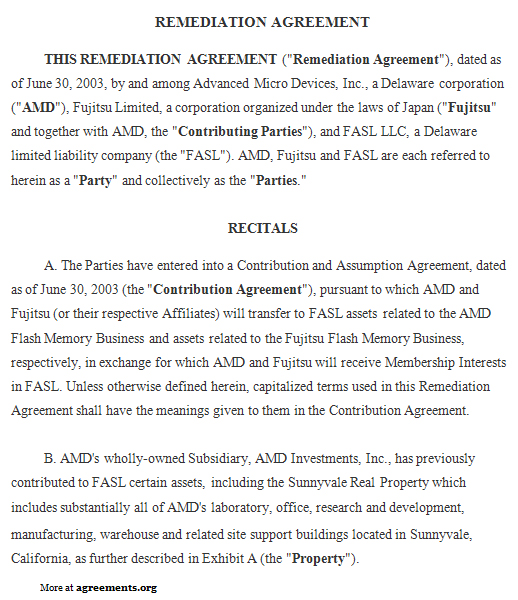