A redemption agreement is a legal contract between a company that wants to buy back its shares and the shareholders who intend to sell the shares. Since there are two parties to the agreement, it is known as a bipartite agreement. It is usually related to the redemption of stocks and the shares so bought are entered into the treasury stock account. This is considered a better way to return cash to shareholders compared to a dividend.

Another reason for share buybacks is there is a reduction of shares held by the public. The shareholders who don’t sell the shares gain as with the same profits and lesser stocks, the earnings per share increases. The redemption agreement facilitates the buyback of shares and the shareholders are paid at the price offered by the company.

When Do You Need a Redemption Agreement

How to Draft a Redemption Agreement

While drafting a redemption agreement, the following points need to be kept in mind:

The benefits of having a redemption agreement are as under:

The types of redemption agreement are as under: 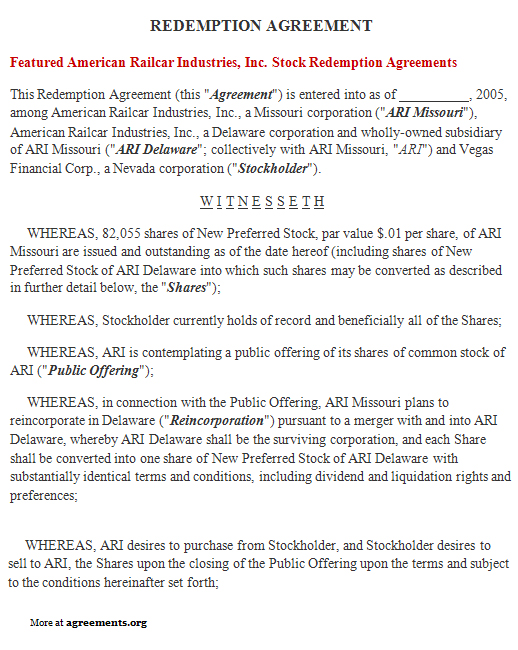