Restructuring is the process adopted by a public limited or a private limited company whenever they are facing any problem related to cash flow in order to reduce their debts and restore liquidity. In such cases a document drafted between the organization referred to as the borrower and another party referred to as the creditor is known as a restructuring agreement.

The details usually mentioned in a restructuring agreement are as follows: 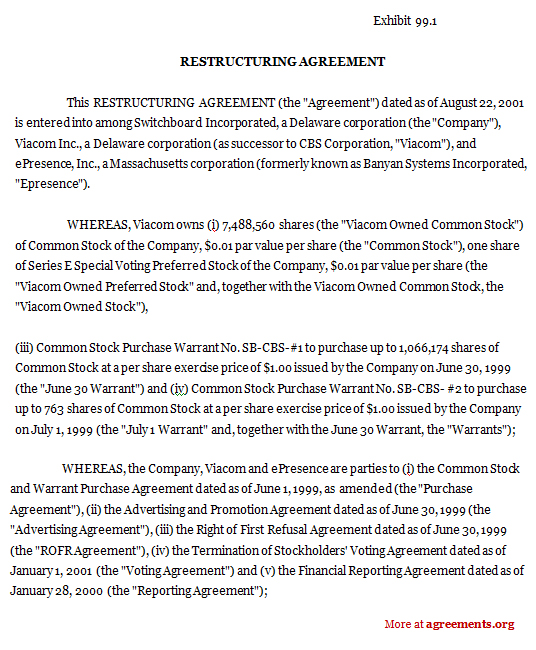