A plan of reorganization agreement is a type of an agreement which is made by companies to overcome the previous plans which have caused some kind of a loss or failure to satisfy the creditors. Any such agreement is made between two or more than two companies so as to modify or reorganize a certain plan or previously formed contract. By the means of these agreements, companies try and re work on certain plans so that creditors can be satisfied.

This agreement is a formal document that is legally enforceable in nature and must be followed by the involved parties so as to avoid any kind of legal implications. These agreement documents consist of details such as names, addresses, contact numbers of the involved parties, details of the plan of reorganization, details of the changes made and the covenants and clauses of the agreement which are very detailed in nature.

Sample for Plan of Reorganization Agreement 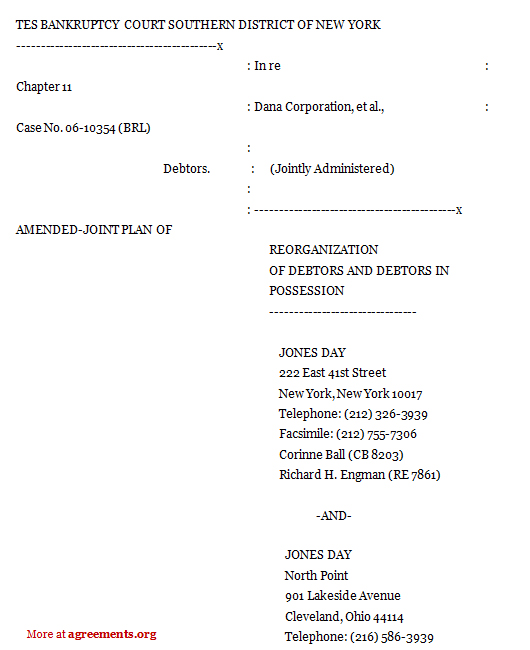