The total cost involved in performing the payload processing service is also mentioned in the agreement. This cost is usually referred to as firm fixed price order and also includes the remuneration of the contractor. 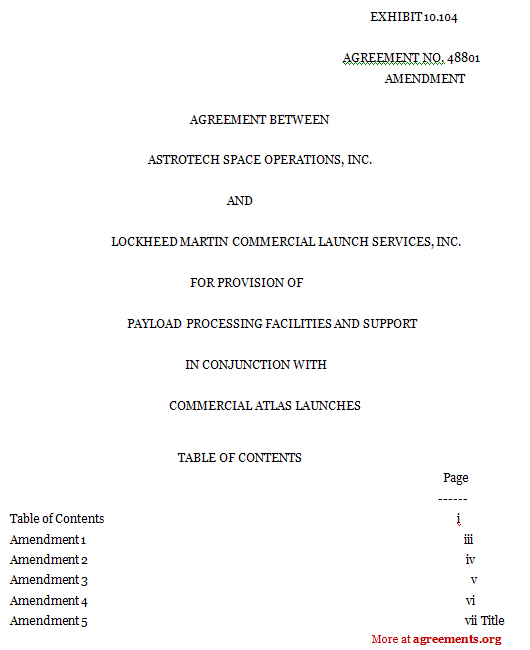