When do you Need Patent License Agreement

A Patent License Agreement is a bipartite agreement so the names of the patent holder and the company must be included. The Patent License Agreement must include the effective date of the agreement, the license being granted, the geographical area which the license covers, the business plan for marketing the invention, the fees and royalties payable, reports and payments related to the royalties, confidentiality and the use of the patent holder’s name.

The agreement should also contain the term for which the agreement will be valid and the events which would lead to the termination of the agreement. There should be a clause on patient prosecution and maintenance where the company will reimburse the patent holder for any legal or filing expenses relating to the patent.

How to Draft Patent License Agreement

When drafting a Patent License Agreement, the following points need to be kept in mind:

The benefits of having a Patent License Agreement are given below:

The are 2 types of Patent License Agreement as under:

The key terms of a Patent License Agreement are mentioned here:

You can download a sample Patent License Agreement here. 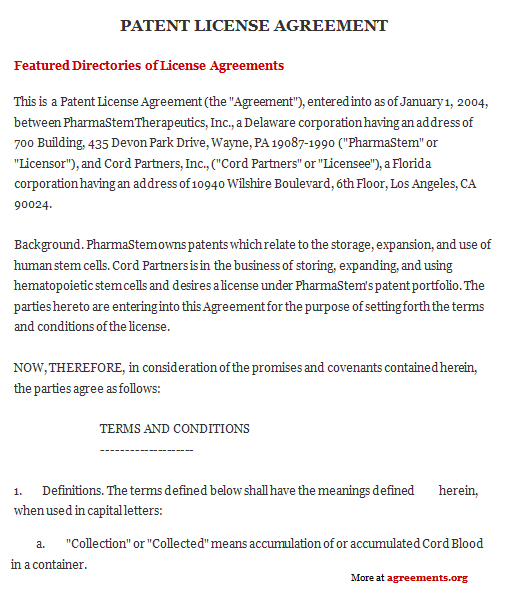