A netting agreement refers to a deal between two parties thorough which they settle their financial obligations by calculating the combined value of their transactions or payments due and lowering the number of transactions actually required. For example, if XY company owns $50,000 to AB company and AB company owes $10,000 to XY company, then this agreement will be made and by processing the combined amount, the new value to be paid by XY company to AB company will be $40,000.

As a result of this, instead of creating separate agreements to be created from every payment to be mad by both the parties, there is a single unified agreement here which makes things less complicated. This agreement is also referred to as bilateral netting contract. A multilateral agreement involves more than two companies which helps them to avoid dealing with banks or financial institutions and reduce the bank fee by having fewer numbers of transactions. 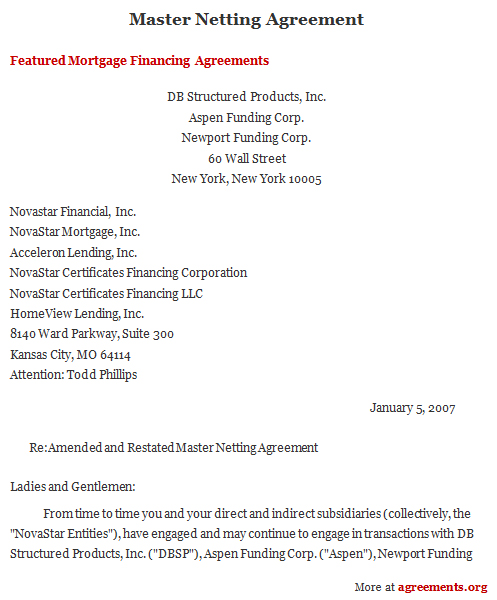