Master Settlement Agreement came into existence in the year 1998. This was a pact between 46 U.S. states, major tobacco companies. The District of Columbia and five U.S. territories regarding tobacco control. The states suspected a wide range of misleading and deceptive practices by the tobacco companies over the past years of sales. The main aim of the state lawsuits was to get recovery for medical aid and other public health costs incurred in the treatment of illnesses induced by smoking.

States who signed the MSA adopted the model escrow act by providing that a settling state’s due payment, that is, the part of the annual MSA payment that a particular state gets in a given year could be bridged by applying a non-participating manufacturers adjustment. According to this, if initial participating manufacturers lost market share to new entrants, then the annual payments allocated to states would come down.

Purpose of a Master Settlement Agreement

This was one of the largest civil litigations where the tobacco giants had to give states and territories billions of dollars as a yearly installment to compensate for the taxpayers’ money being used for diseases caused by tobacco and the loss of economy on the whole.

There are separate MSA’s signed with each state as the legislation differs from one state to another. States which signed individual MSA are Alabama, Hawaii, Virginia, California, Florida, and North Carolina.

States were stated to get over $206 billion over 25 years:

Truth initiative was an independent organization formed after the MSA with a mission to accomplish a culture where all youth and young adults discard tobacco. It has been working in this area for the past 20 years and has barred millions of young people from taking up smoking, counting 2.5 million between 2015 and 2018 alone. This organization engages in programs to encourage youth to stay away from using tobacco, along with assisting people in quitting smoking. Their research team is actively working on finding out the impacts and ways to cut down smoking habits.

How to Claim Master Settlement Payments?

As per the MSA, tobacco giants had to pay $206 billion in the first 25 years to 46 state municipalities and five U.S. territories. The big tobacco companies have been estimated to pay around $686 million a month. Though this money goes directly to state accounts and not directly to individuals, there is a provision to get more than $2,300 per month from the money being paid to the states, even if you are a nonsmoker. One has to file a lawsuit or get help from a lawyer who can guide further on this.

Who Can File a Lawsuit Under MSA?

Those who have suffered as a result of smoking or contact to passive smoking can claim compensation from tobacco companies by filing a lawsuit. 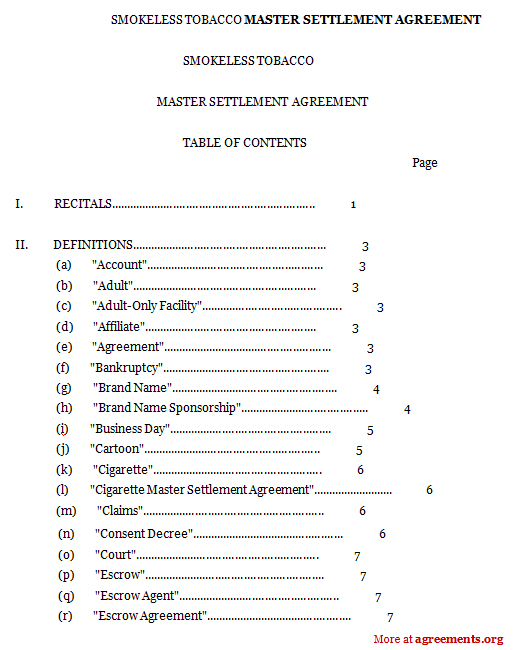