The master debt restructuring agreement comes into force when the company is in severe financial distress and unable to fulfill its debt payment commitments. This agreement acts as recourse against any legal proceedings on the part of the financial institution.

This agreement is like an out of court settlement where the company seeks for restructuring of the master debt plan availed by it. The agreement has clauses such as mode of repayment, frequency of repayment that is monthly, quarterly and also details such as the rescheduling of time frame of the debt. The debt restructuring agreement also permits the financial institution to recover the unpaid debts by seizure of the collateral security provided by the company earlier.

To bring the master debt restructuring agreement into force the company has to make a written application to the financial institution by disclosing all the latest financial statements. 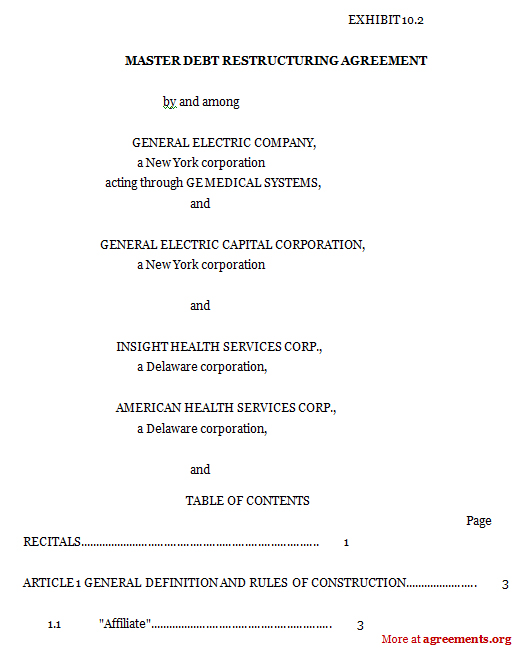