Just entering into a liquidation contract, however, doesn’t mean it’s the end of the partnership. The partnership ends when all dues are paid and “winding up” is concluded. “Winding up” is when assets are distributed to creditors after asset liquidation and the business or partnership is legally terminated. Aspects of liquidation agreement help prevent conflicts and disputes between partners about money and entitlement.

When Is Liquidation Agreement Needed?

As we know, voluntary liquidation can be both solvent and insolvent, in the case of a solvent liquidation, two or more partners who want to dissolve the business and want to share the liabilities and assets will get into this agreement. If a partner wants to move out of the business, even then a partnership liquidation agreement can be formed.

This agreement is also needed when a company fails to pay its bills and debts. This is called insolvent liquidation.

Purpose of the Liquidation Agreement

It is also very important to have different clauses in the agreement that ensures safety and fairness. In the case of many creditors, the agreement will have details of all of them and how they will be paid.

It is important to note that this agreement needs to be filed in a court. Mostly, the court provides a liquidator who can run the liquidation process smoothly.

How to Draft the Liquidation Agreement?

Liquidation helps companies pay their due credits which further reduces the chances of strong legal action against the company by creditors.

As mentioned above, liquidation can be of mainly 3 types.

Key Clauses in the Liquidation Agreement

The liquidation process is managed by the liquidator. It’s the liquidator who sells the assets and distributes money to creditors as per the priority list. But even then, the senior individuals of a company can breach the agreement by not helping liquidator with disclosure of all assets and details of finances.

In case of such a breach, serious action can be taken by the law and criminal case can be filled. Depending on who is on the other side of the breach or who is filling the brunt of it, a complaint can be registered against the culprit.

Since this agreement is not a very simple process, it is advisable to take an expert lawyer’s help. A liquidator can also make things easy for the company and creditors. 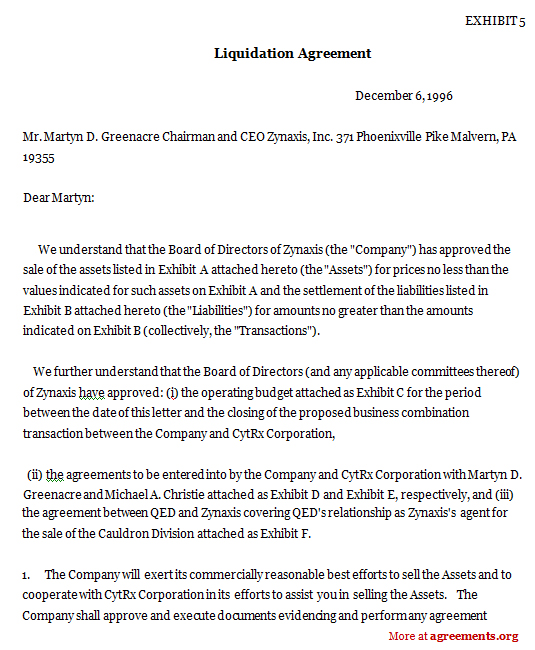