A limited non competition agreement is one that imposes restrictions on the disclosure of information and competing after dealing. The agreement ensures that the information which is critical to the success of the business of the company is not divulged to anyone else after the termination of relationship with the company.

The various situations in which this agreement comes into use are termination of business between two parties, existing business sold to a third party or employee leaving the company. This agreement is a kind of nondisclosure agreement entered into by both the parties to ensure business secrets are maintained.

The agreement entails the clause of limited restriction of nondisclosure or not engaging in business activities of similar nature by the other party signing the limited non competition agreement. The agreement comes into force when both the parties sign the agreement agreeing to the terms specified thereof and on the date mentioned in the agreement. 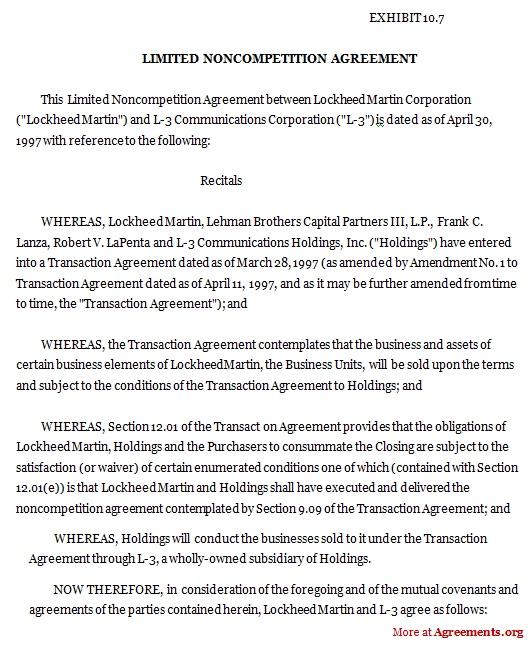