A letter of intent (LoI) is a written document drafted before a formal agreement is created between two or more parties where the rough draft of the terms and conditions of a deal or contract is put down. Although the terms mentioned in this agreement is not final and no one is entitled to follow them legally, yet these the conditions included in this agreement serves as a guideline while creating the final agreement and gives both parties an idea of what to expect from the deal.

It does take a long time to create and is less tedious and can be sent to the concerned parties giving them a summary of the terms in a short time. By going through the LoI, both parties can be prepared to know what will be in the actual document and they can be on the same page or make changes here before creating the final document, 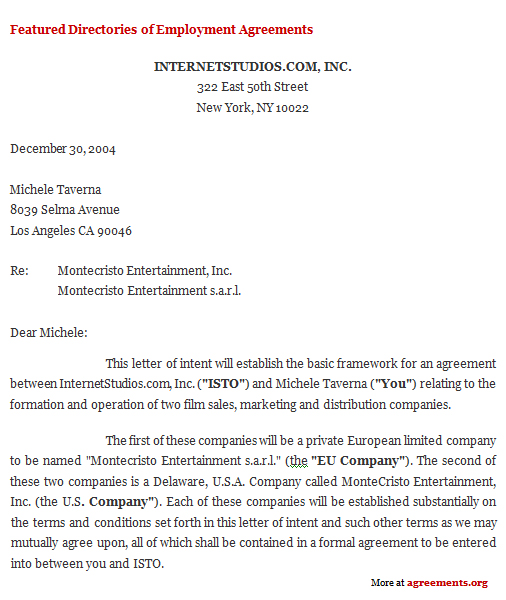