What Is a Letter Agreement?

Most business contracts have a standard format that is followed by the parties during the drafting process. However, sometimes the parties reach a simple understanding of the transaction, and a structured document is not required to convey the same. In such situations, a letter agreement is used. So what is a letter agreement, and what does it signify? It is essentially a document written by one party to another, expressing its intention to enter into a binding agreement. It highlights the conditions governing the transaction that is acceptable to both the parties. The other party has to sign it to convey its acceptance.

Purpose of a Letter Agreement

The primary purpose of a letter agreement is to reflect the understanding between both parties to work together. It protects their rights. It outlines the conditions that they agree to and expresses them in the form of a letter. It serves as proof of their willingness to work with each other. Either party can write the agreement. However, the party writing it is in a position of control and can choose what should be reflected in it. It is written in simple language to make it easier to understand. Since it does not follow the format of other business contracts, it is comparatively shorter in length. However, it is equally effective and enforceable as any other business contract.

The following are a few key terms of a letter agreement that should be incorporated therein:

How to Draft the Letter Agreement

When drafting a letter agreement, there are some important points to be kept in mind. These are:

Some of the different types of letter agreements are:

A sample agreement can be downloaded from below. 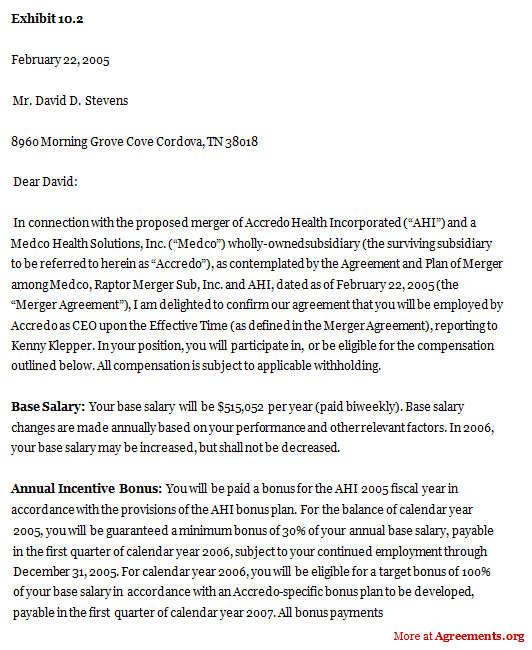