When Do You Need Labor Agreement?

A labor agreement is used when a company is hiring workers on a contractual basis for any project.

The purpose of a labor agreement is to ensure that both parties perform their respective obligations to each other as agreed. If either party fails to perform their obligations as under this agreement, they can be pursued under the provisions of the governing law or as mutually agreed upon. Additionally, physical documents that expressly state the terms mutually agreed upon by both parties avoid the risk of miscommunication which can lead to disputes.

You will need a labor agreement if:

An effective agreement will include the date on which the agreement comes into force, the names of the contracting parties and a clause recognizing any union that might be a party to or a representative of one or more workers who are party to the contract, the nature and scope of the services that are to be rendered to the company hiring the workers, the consideration for the services rendered, timings of shifts and the number of workers that will work in each shift, and other clauses such as provisions for insurance that might be required by state or federal law.

Standard clauses such as those that provide for waiver, warranty, dispute resolution, and default must also be included. The contract must be framed as explicitly and expressly as possible in order to avoid miscommunication.

How to Draft Labor Agreement

The advantages of using the agreement include:

The following key terms must be included when drafting a labor agreement: 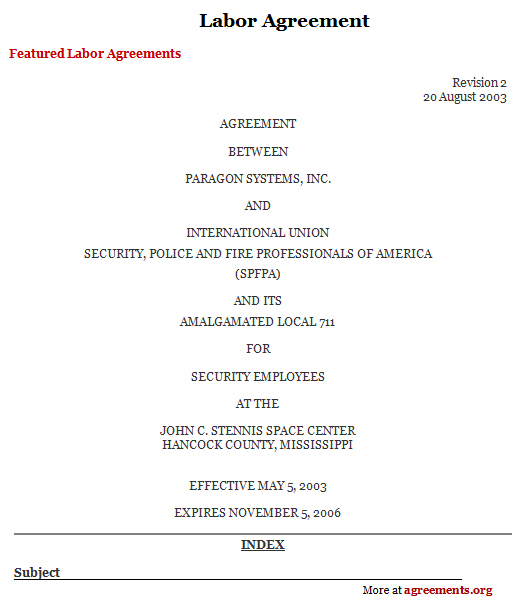