What Is a Joinder Agreement?

A Joinder agreement is used to add new parties to an agreement that may not be clear on the number of parties. However, joinder may be done in any kind of contract. For example, if a company takes a loan and is later on sold to another entity, the buying entity may be added to the original loan agreement by way of a joinder contract. It is also used to add new parties such as a sub-contractor or a beneficiary to an existing agreement. A joinder, hence, is not a commercial contract in itself but is essential to give intent to a commercial contract.

Purpose of a Joinder Agreement

Inclusions in a Joinder Agreement

The following key terms should be included in an agreement sample:

Drafting of a Joinder Agreement

Following guidelines may be followed to draft an effective agreement template:

Types of a Joinder Agreement

A joinder agreement form is typically used for the following:

Pros of a Joinder Agreement

This agreement has the following benefits: 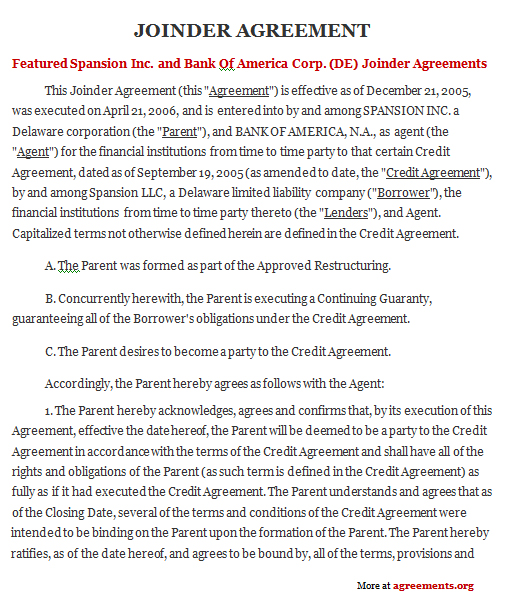