What Is an International Reseller Agreement?

When Do You Need an International Reseller Agreement?

This agreement is drafted when a trader or a manufacturer wants to expand his markets. However, the trader does not have enough network or market reach to sell in larger markets. In that case, he employs the help of a distributor to sell the goods on his behalf in the international markets. This way, the trader doesn’t have to directly interact with the customers but can be assured that his goods will be sold. This agreement is generally used for software-based products.

Inclusions in the International Reseller Agreement

How to Draft an International Reseller Agreement?

When you’re drafting this agreement, it always helps to take a look at the reseller agreement sample. The things to remember when drafting an agreement are

Benefits of the International Reseller Agreement

The key terms in an agreement are as follows:

A reseller agreement is a great way for the trader and the reseller to establish good business relations that are mutually beneficial for each other. However, when drafting the agreement, it is important to understand the mutual obligations and the expectations from the agreement. 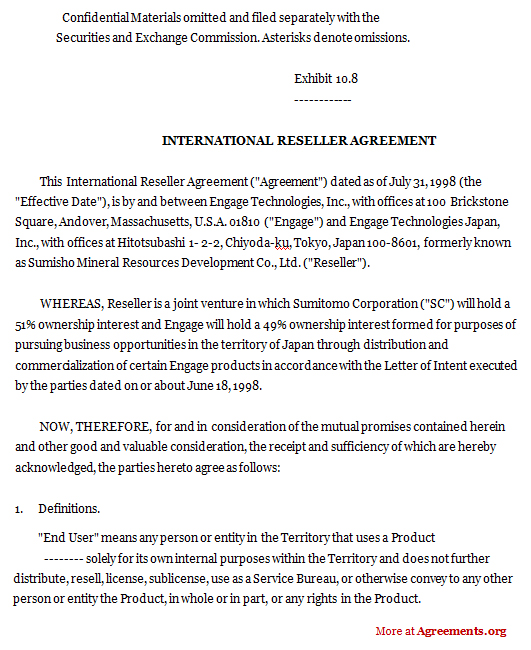