What Is the Hawaii Lease Agreement?

Hawaii Lease agreements are lawfully enforced agreements operating under the Hawaii landlord-tenant code for the use of residential/commercial land/property. The Hawaii rental agreement regulates and governs the obligations and responsibilities of both the landlord and the tenant.

The parties to a Hawaii lease agreement are:

Purpose of a Hawaii Lease Agreement

What Are the Contents of a Hawaii Lease Agreement?

How to Draft a Hawaii Lease Agreement?

What points should be considered while drafting the same?

Benefits and Drawbacks of a Hawaii Lease Agreement

There are many specifications in the ‘Hawaii Landlord-Tenant Code’ or a lease, with respect to a number of issues ranging from maintenance of property, deposits, and rents, etc. In case either party does not fulfill or fulfill in the manner prohibited any of these stipulations, they are liable for a violation of the lease agreement. A violation would lead to the eviction of the tenant or termination of the lease.

With a surge in demand for housing facilities, a lease has become an important form of contract. It not only brings a sense of formality in the understanding between a landlord and a tenant but also enables both parties to secure legal backing in case of violation by the other.

A sample of the Hawaii Lease Agreement can be downloaded from below. 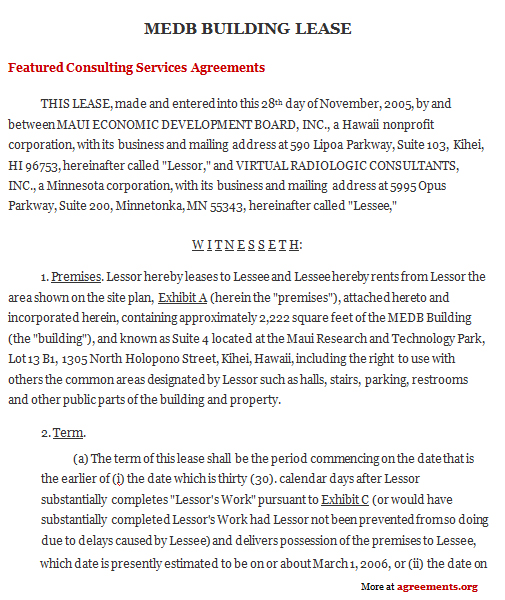