What Is a Factoring Agreement?

A factoring agreement is a method of financing a business. Under a factoring contract, the factoring company (called the ‘factor’) will temporarily purchase certain business assets and provide the business owner some money that they can use to fund and finance the business in the short term. The assets that are generally used in such agreements are the accounts receivable of the business.

When Do You Need a Factoring Agreement

Inclusions in a Factoring Agreement

The agreement should clearly mention the terms and conditions for the sale of the account’s receivables and the factoring fee to be paid to the factoring company. The amount to be payable on transfer on the invoice and the invoicing schedules must also be laid out.

How to Draft a Factoring Agreement

The following are the steps to follow while drafting a factoring contract:

Benefits of a Factoring Agreement

There are mainly two types of factoring agreements:

Key Clauses in a Factoring Agreement

The following are the key terms of a factoring contract:

Alternatively, any other form of dispute resolution such as mediation may also be mentioned in the agreement. 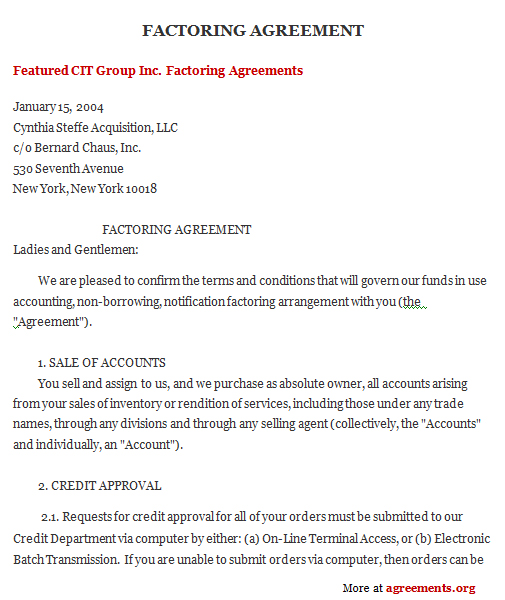