What Is an Employment Contract?

An employment contract is between an employer and an employee. It governs the conditions of employment of the employee and lists the rights and obligations of both parties. It serves as a roadmap for the employer-employee relationship and makes both parties aware of what is expected of them. It can be used when hiring people for fixed-term or permanent employment.

In the United States of America, it is not mandatory to have a written employment contract. Most employees work at will; that is, they can leave the job any time or can be removed at any time for a legal reason. Such an agreement is called an at-will employment contract, which is presumed to be the case in the absence of a written employment agreement stating otherwise. While a written contract is not required, the state or local laws may require some particular information to be in writing.

The following are some important terms to be incorporated in an employment contract:

How to Draft the Employment Contract?

The following points should be noted when drafting this contract:

It must be noted that all the provisions in the contract have to be consistent with various federal and state employment laws as well as any other relevant law in force at that time.

An employment contract can be of the following types: 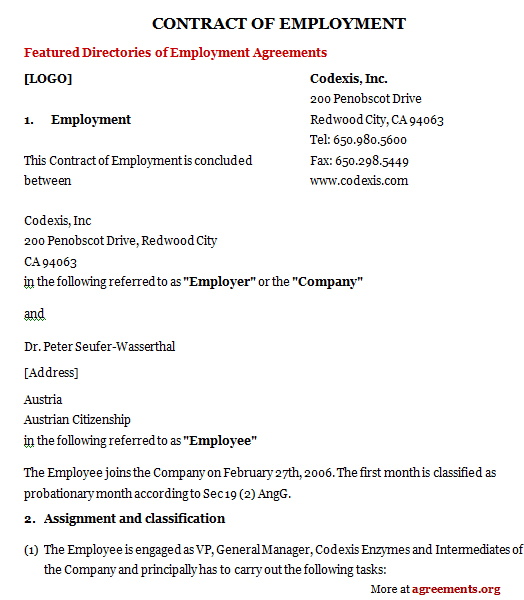