This agreement consists of the date of commencement, termination and the personal details of the involved parties such as their names, business names, addresses and phone numbers. These agreements also consist of certain legally binding terms and conditions which are quite detailed and hold a lot of importance as they govern the workings of the parties during the period of agreement. Any drug development agreement is quite a common type of an agreement. 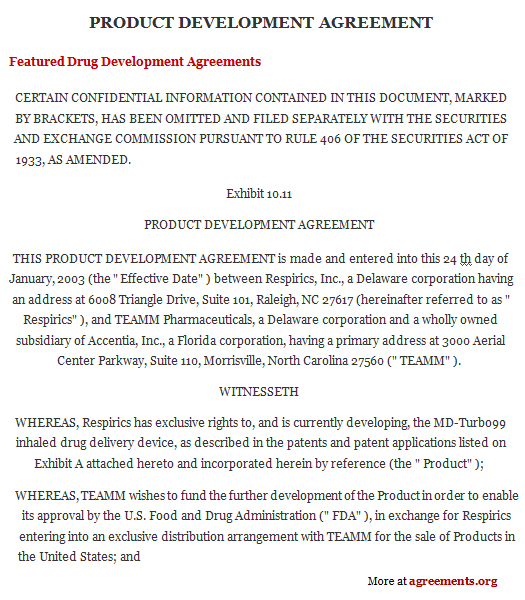