What Is a Drilling Contract?

When Do You Need a Drilling Contract?

This contract is required because both parties to the contract need to specify what they are drilling for. There are several ecological and economical implications of drilling that various laws cover. The legal repercussions for illegal activities can be severe. This contract binds the responsibilities of both parties so that they perform within the scope of the work. For that reason, these agreements are also called daywork contract, footage contract or turnkey contract.

Inclusions in the Drilling Contract

How to Draft a Drilling Contract?

When drafting this contract, the following things must be considered

Benefits of a Drilling Contract

A violation of the terms of the contract can lead to premature termination of the agreement. There may also be clauses with regard to arbitration or settlement of damages in the contract itself which would then become the procedure the parties would follow. A properly drafted contract would provide for novation, compensatory damages and force majeure. The last possibility is legal action which could result in awarding damages or restitution on the performance. But all this depends on what the parties consider a breach of contract and what is a lax in performance 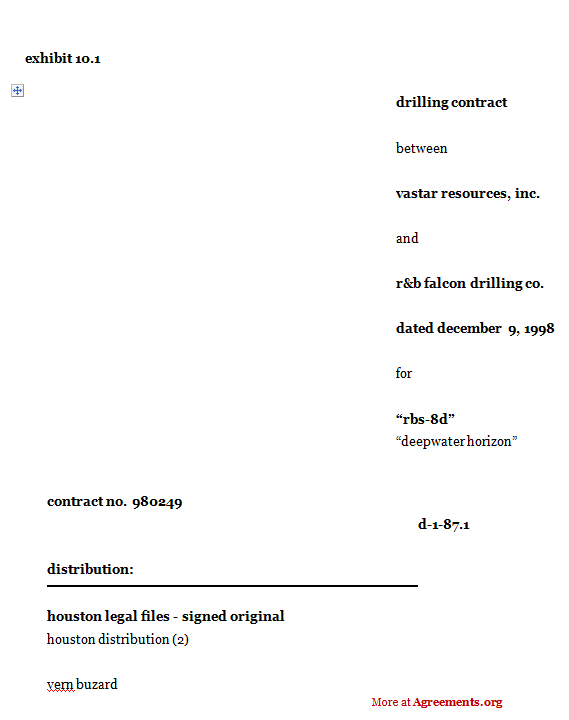