It is a collaborative effort where any change in the plan is addressed by them together as a team. In contrast, in a traditional design-bid-build arrangement, the owner enters into separate agreements with the designer and builder. The designer has to prepare the designs before the owner can issue a call for bids for construction.

What Is a Design and Build Contract?

A design and build contract is a single contract between the owner of a construction project and the design and build contractor. It contains the terms of arrangement such as the employer’s requirements, documentation related to the building due diligence, proposed construction program and schedule, obligations and responsibilities of the parties involved.

First, the owner (employer) appoints a design team to lay down the project specifications (known as employer’s requirements). He then tenders the requirements, and the contractor bids a lump sum amount that includes the design completion fee. The employer may also request the contractor to continue to employ its design team and complete the design, thereby forming a design and build contract.

The following are some of the important terms found in a contract:

How to Draft the Design and Build Contract?

A design and build contract is usually a very lengthy document detailing every aspect of the construction project. Drafting such a document entails a number of meetings between the parties to arrive at terms that will be agreeable to both. The meetings involve discussions on employer requirements, the design-build process, related costs, approval of plans, and other related issues. The following points should be carefully discussed.

Advantages and Disadvantages of a Design and Build Contract

A design and build contract comes with its own set of advantages and disadvantages.

A template of a design and build contract can be downloaded from here. 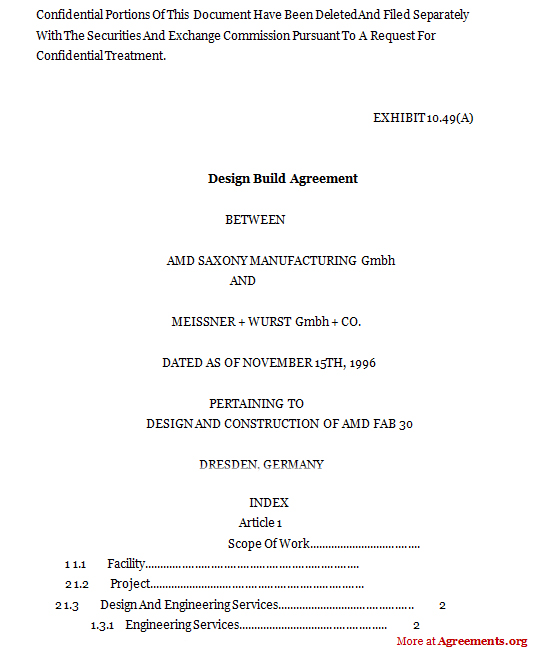