What is a Debt Conversion Agreement?

A Debt Conversion Agreement, as the name suggests is a contractual document between the lender and the borrower, which creates a convertible debt — converting debt to equity. Of course, this acts like an option rather than as a forceful compulsion. It is typically entered into by the Investor and a company, and is also known as a ‘Convertible Debt Agreement’ or a ‘Debt to Equity Conversion Agreement’.

The main purpose of a Conversion Agreement is to enable the borrowing company to pay back the debt by converting the amount into equity shares of the company. Typically, no cash transaction takes place while signing this agreement as the amount of debt is converted into equity instead of being paid back to the Investor.

When Do You Need a Debt Conversion Agreement?

As mentioned previously, a Conversion Agreement is signed when the Investor and the Borrowing Company agree to exchange the debt borrowed by the latter into equity stock or shares via a legal contract.

Whatever may be the purpose of a Conversion Agreement, it’s sole aim is to help the agreeing investor and borrower formalize the under-debt swap with the help of a legal contract.

What Should Be Included in a Debt Conversion Agreement?

A Conversion Agreement isn’t simple to draft. It usually involves complex references and needs to clearly indicate the terms and conditions upon which the debt swap has been agreed between the parties. While the contents may vary, of a Conversion Agreement sample ideally includes

How to Draft a Debt Conversion Agreement?

While drafting a Debt Conversion Contract, it is pertinent to understand the type of debt involved, the stock that it will be converted to and the means by which the conversion will take place.

In case of complex debt conversions, it is also advisable to involve seasoned attorneys in the drafting of the agreement.

Benefits of a Debt Conversion Agreement

Transactions involving borrowing or lending money are often tricky, and it is, therefore, important to sign them off in writing. In the case of a Conversion Agreement, a verbal or oral agreement may not suffice as the borrower could alter the terms of conversion at the later stage or the lender could opt out of it without notice. A written contract is proof that the debt conversion was, in fact, agreed to and is enforceable legally.

A Conversion Agreement is a binding contract between the lender and the borrowing company to formalize a debt swap or the conversion of debt to equity. It clearly spells out the terms of conversion and provides legal protection to both the parties to the contract. It is advisable to avail the services of an attorney while drafting a Conversion Agreement. 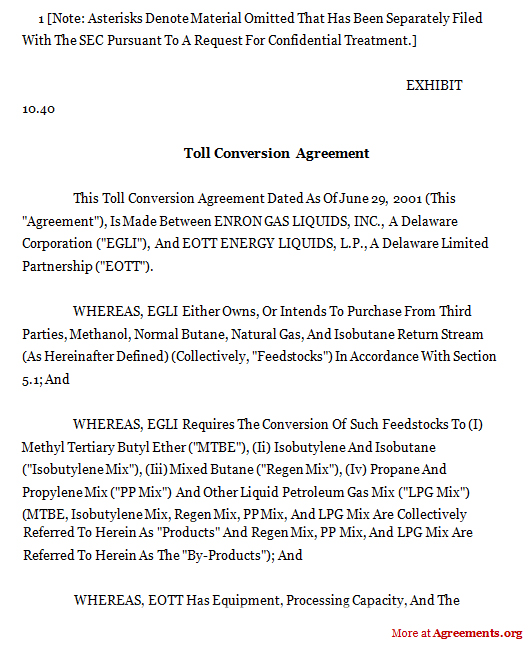