A Corporate Contract is a legal contract between an organization and its stakeholders like the shareholders, customers, and vendors. It is a bipartite agreement as there are two parties involved, the organization and the stakeholder. This agreement is necessary for any corporate irrespective of the nature of the business. It is like the constitution of the business and the key information about the company is included in this agreement. The relationship with the stakeholders of the company is clearly defined including limitations if any.

The terms and conditions in this agreement are legally binding for both the organization and the stakeholders. It is also a declaration of the legal structure of the individuals who have decided to form the company that have been decided upon.

When Do You Need a Corporate Contract

A corporate contract is required when an official entity is formed to conduct business in a certain sector. The purpose of a corporate contract is to define the legal structure of the organization as that will determine in the eyes of law about the rules and regulations that apply to it. Depending on the structure chosen, the organization will have to get either into  a partnership, be privately or publicly held. For the promoters or shareholders of the company, it will state the tax liability of the entity as well as the distribution of profits among them. These contracts protect the interest of both the company and any external party dealing with it.

Inclusions in a Corporate Contract

The names of all the parties involved in the agreement must be included in a corporate contract. The contract must also include the effective date of the agreement, the legal entity of the company, the registered office of the company, branches if any, the nature of the business, the total shares outstanding and the shares in the names of the board members. The purpose for which the company is formed also needs to be stated and the powers will be in accordance to the form of corporation chosen.

How to Draft a Corporate Contract

When drafting this contract, the following points need to be kept in mind:

Benefits of a Corporate Contract

The benefits of having this contract are given below:

The types of corporate contract are given here:

The key terms of a corporate contract are as follows:

If you want to form a company, then it is important to have a corporate contract drafted. 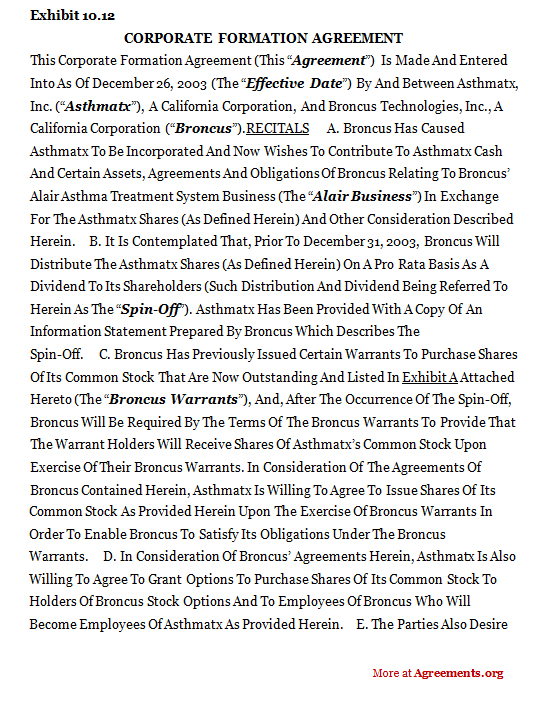