Collateral is defined as a thing that is pledged to a lender to secure a loan. It is generally an item that has considerable value and can be used to recover the loan amount. If the loan is not repaid, the lender can sell the collateral and recover the money. However, if it is repaid, the collateral is returned to the borrower. It is mostly used by startups and small businesses who find it difficult to get unsecured loans. The type of collateral may range from stocks, bonds, the equipment being bought with the loan or items in the inventory.

What Is a Collateral Security Agreement?

Purpose of a Collateral Security Agreement?

Some of the key terms to be included are:

The security interest in the United States of America is governed by Article 9 of the Uniform Commercial Code, which has been adopted in some form by almost all the states. Thus, the provisions of Article 9 are important to consider when drafting a collateral security agreement. Also, the following points must be kept in mind.

Advantages and Disadvantages of a Collateral Security Agreement

There are broad of two types:

What Happens When a Collateral Security Agreement Is Violated? 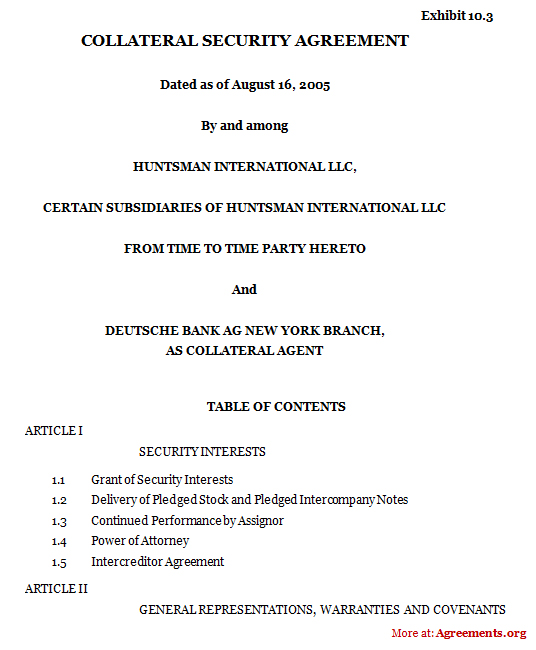