A cognovits promissory note agreement is a written legal document that records the transaction of lending money to a borrower by a lender. Such an agreement includes each and every single detail regarding the transaction including the terms of the debt, schedule of the repayment, duration of the debt, the interest rate (if any), the place where payment is to be made, collateral details (if applicable) etc. This note agreement is then kept by the lender only as an evidence of the potential money borrowed.

In some states, cognovits promissory notes agreement is prohibited to enforce because of its difficult condition which states that a borrower is able to obtain a court judgment against the debtor (in case of any default) without having to go to the trial means by signing such a promissory note agreement, the debtor gives away his right to defend himself in the court. So some states have considered such notes Not Legal in their areas according to their federal laws. 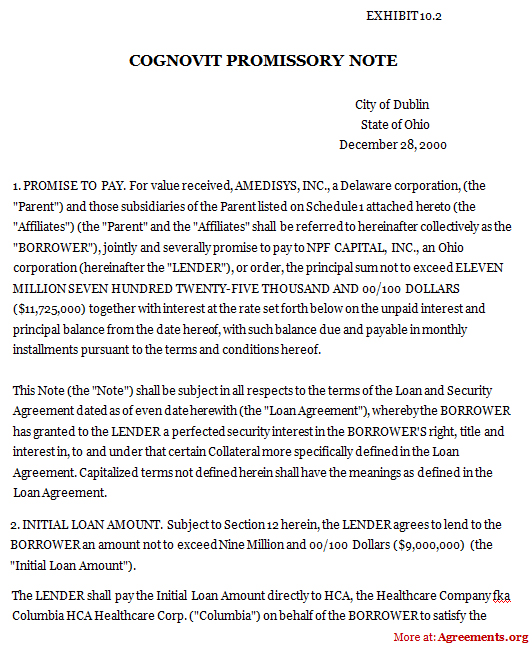