A master formation agreement is a contract between two parties, which outlines the various terms and conditions of all the future transactions that may happen between the parties. As this particular contract or agreement acts as the parent agreement including the prerequisites of the future actions, thus this is called as the master agreement. This is very helpful for both the parties because none of them have to negotiate repeatedly for each and every future action.

These types of agreements are implemented in several of industries and business organizations. For example, in a corporate organization, these are used to standardize the pay and the benefits that would be provided by the organization to the employees. However, at times it is required to make changes to the master formation agreement. The amendment to master formation agreement can involve the modifications of some of the existing clauses or addition of some new terms and conditions. 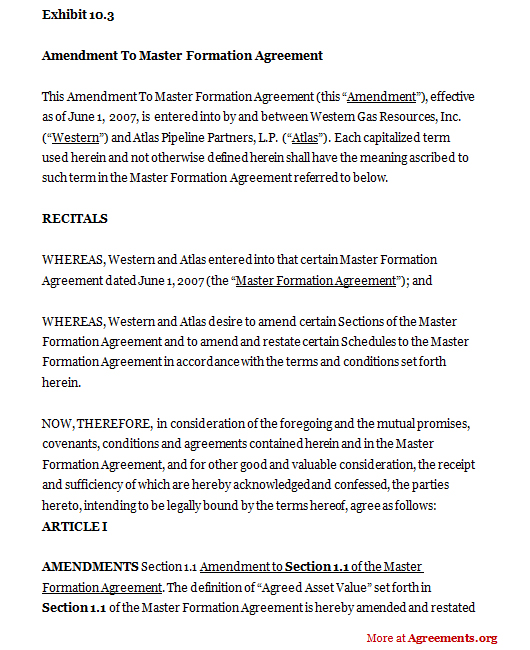