An amended class settlement agreement is a legal document that acts as an evidence of mutual commitment between two classes to end the legal dispute by memorializing settlement terms and conditions in a written legal format. In this agreement, the classes mutually agree to acquiescence which serves their terms and conditions expectantly and hence allow them to settle the dispute mutually without any further involvement of the court.

This agreement is signed, reviewed and dated by all the classes before some witnesses and then finally notarized, to make it valid in court, by a notary public to avoid further denials by any class. In some cases where more than one class has sued another class, class action lawsuit is taken into account for the mutual settlement requiring a judge’s approval for the settlement.

Hence, this agreement can be referred as a proof given to the court signifying that the mutual settlement between the classes has been accomplished. 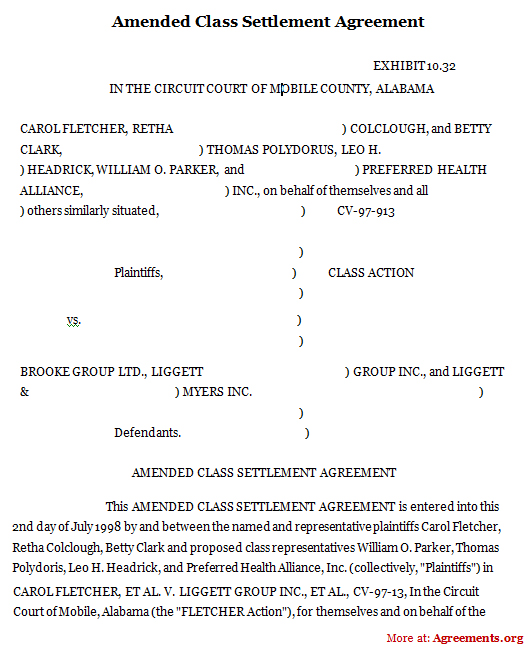