What Is an Aircraft Sales Agreement?

When Do You Need an Aircraft Sales Agreement?

A simple aircraft sales agreement is required when there is a purchase or sale of an aircraft. The agreement ensures that both the seller and the buyer of the aircraft fulfill their rights and obligations mentioned in the contract.

Inclusions in the Aircraft Sales Agreement

The contents of this agreement can be checked by studying an aircraft bill of sale form. The following information can be found in these agreements:

How to Draft the Aircraft Sales Agreement?

You can use a sample aircraft sales agreement as a reference to draft the contract. While drafting a contract:

The benefits of having an aircraft sales agreement are as follows:

The key terms in an aircraft bill of sale are as follows:

To see the terms and conditions, you can download the aircraft sales agreement pdf. If any clause is violated, the following remedies are available:

Aircraft Sale Agreements are used in almost every aircraft sale including sectors like airports, repair stations, pilots, mechanics, and other aviation. An aircraft sale agreement is a valuable tool to ensure that each party to an aircraft sale transaction receives what is expected. It prevents confusion and misunderstanding and also provides security that a party will have recourse if the other party to the transaction fails to perform as required. 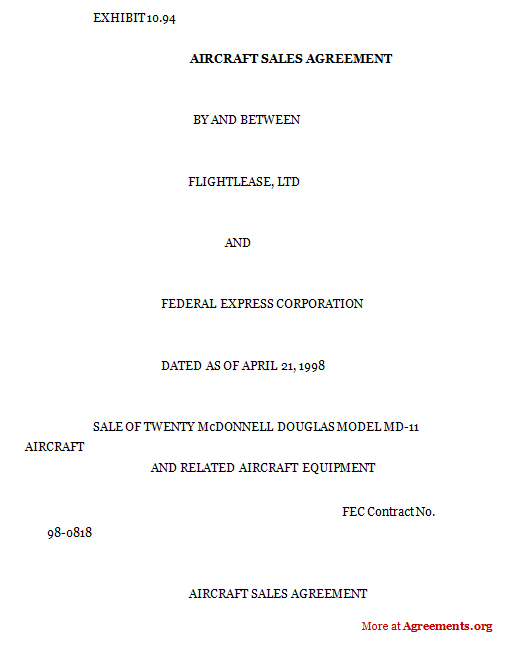