Agreement Between Contractor and Owner

Agreement Between Contractor and Owner

An agreement between a contractor and an owner is enacted when the owner assigns a specific job to the contractor and wishes that the task assigned in accomplished with in the stipulated time and in accordance with agreed upon terms and condition. Such documentation is always desired to allay the fears of any dispute with respect to the work and payouts associated.

This agreement envisages all the possible scenarios and is designed to end the relationship with favorable outcomes for both the parties involved. This document should necessarily contain clauses such as the details of the work assigned, the expected resources to be deployed, and the standards on which the work is to be performed, the stipulated timeline for performing the task and the payout schedule and plan. Also the contract devises a method for regular feedback and progress reporting so as to enable the owner to supervise the completion of his project.

Sample for Agreement Between Contractor and Owner 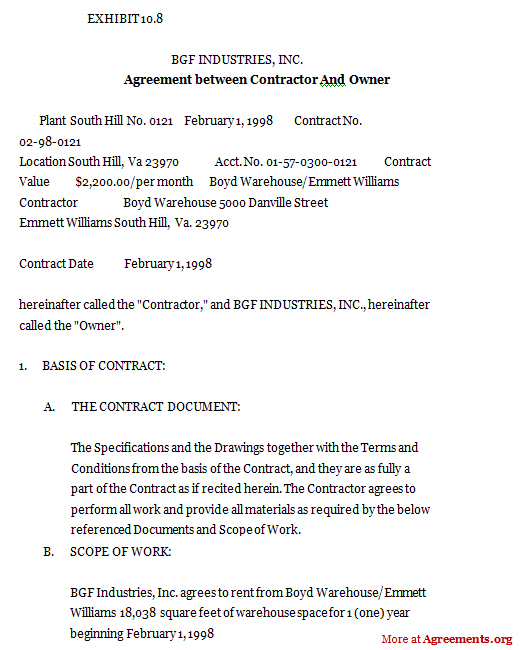 Agreement between contractor and owner

Tags:Agreement between contractor and owner template