An Advertising Contract is a legal document that is created when a company or an organization hires an external agency to advertise their products or services on their behalf. In this contract, there are mostly two parties involved, the first being the company who wants the advertising services to be rendered and the second being the company or advertising agency which is being hired to run the ads. An Advertising Contract is a legal document which outlines the terms and conditions of the deal, the specifications as mentioned by the parent organization along with other details such as, when the advertisement needs to be created, how it should be publicized and how long it should be published for.

When Do You Need an Advertising Contract?

The most common application of such a contract can be found when a company or an organization needs their products or services to be advertised and thus hires an external or a third-party agency to do the same.

The contract is a legal proof and clearly that outlines the individual responsibilities of both the Company and the Advertiser in the context of the products or services to be advertised and also contains other finer details of the deal.

How To Draft An Advertising Contract?

Follow the below-mentioned steps in order to draw an Advertising Contract.

Benefits Of an Advertising Contract

Cons of not having an Advertising Contract 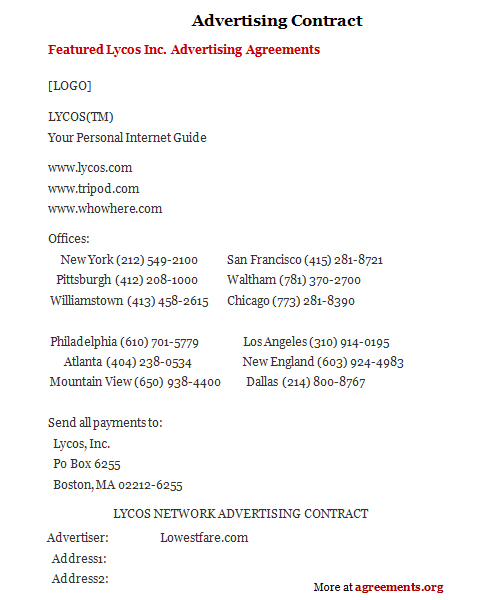