According to this agreement, there are certain functions that the advertising agency is required to perform. The agency should prepare any variant of advertising materials such as photography, drawing, advertising writing, documentary films and video magazines etc. in order to serve the clients well. In return, the client should pay the agency with the respective rates that has been settled between the parties. 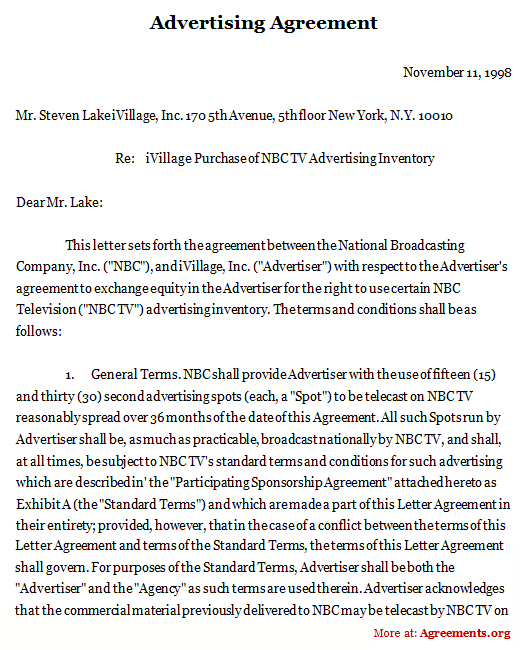