The reason why it is prepared as a deed and not as an agreement is to ensure that it is enforceable. This is because as opposed to an agreement, a deed does not require any consideration to be given by the opposite party.

The deed of accession is often attached to the shareholders agreement in the form of an appendix.

When Do You Need an Accession Agreement?

Inclusions in an Accession Agreement

How to Draft an Accession Agreement?

Benefits of an Accession Agreement

Apart from a deed of accession, accession agreements can have various formats and can fall under the purview of international law, civil law, or under property law.

Key Clauses in an Accession Agreement

The following are the key terms of this agreement:

An arbitration clause is present in most shareholders agreements and states that if a clause of the agreement is breached or if any dispute arises with respect to the terms of the agreement, the matter will be resolved by arbitration. The clause shall state the method of arbitration. Alternatively, any other form of dispute resolution, such as mediation or negotiation may also be mentioned in the agreement. 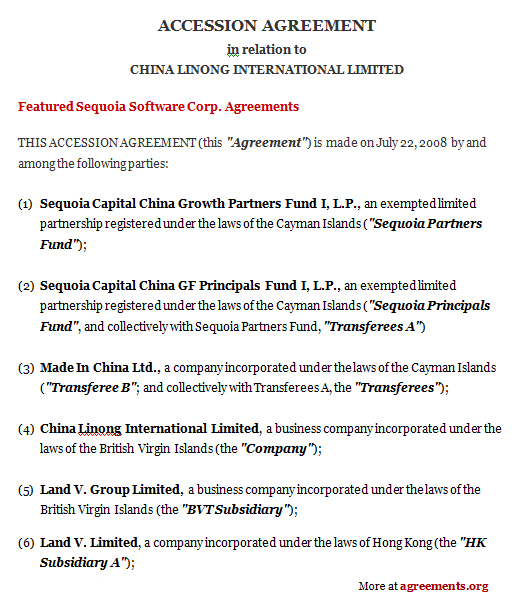